Back to blog
Behind the scenes 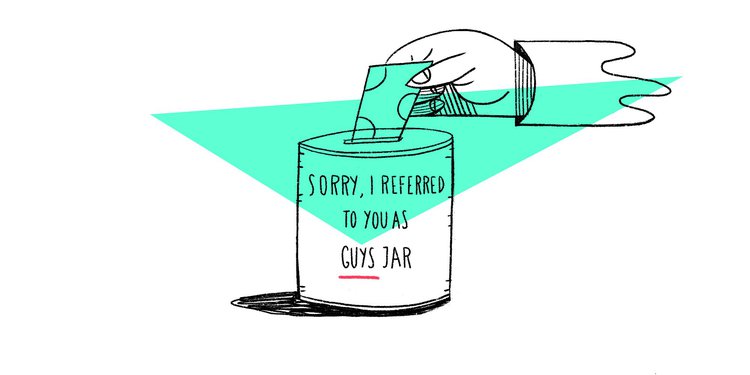 Working as part of a remote team comes with plenty of upsides.

We Hotjarians get to work from wherever we want, choose our own work schedules, and spend more time with friends and family. But remote work isn't always easy; for example, building a shared and inclusive culture with a distributed team takes a conscious effort.

Language plays a big part of that. Whether we realize it or not, our words can affect the people we care about, including those we work with. With team members from all over the planet, the way we address and talk to each other is important to make everybody feel included.

A few months back, we realized that a four-letter word we used a lot had the potential for making some team members feel excluded from the conversation—and this is the story of how we worked on gender-inclusive language at Hotjar and learned to say 'guys' less.

What is gender-inclusive language?

Gender-inclusive (or gender-neutral) language is language that does not discriminate against gender identities and/or groups. Using masculine pronouns or nouns for mixed-gender groups, or defaulting to ‘he/him’ when a person’s gender is unknown or unclear, are typical examples of language that is not gender-inclusive.

Why is gender-inclusive language important in the workplace?

Language is an important part of building a company where everybody feels welcomed and included—even before people join the team. Not asking about gender on application forms and using 'they' when the gender of a job applicant is unknown are gender-inclusive practices, as is having style guides in place that highlight the importance of gender-neutral language:

'Guys' is one of the most common ways of addressing groups of people in the English language; we use it often in everyday conversation without giving much thought to its impact. But 'guys' can understandably be considered gender-specific, making it confusing or unappreciated when it's used to refer to a group that includes women.

The first step to overcoming unconscious biases, such as using the word 'guys', is awareness. On the back of a conversation taking place in our Team channel in HipChat, my co-worker Diana and I began chatting about how we could build more awareness of our own language within Hotjar. Both of us were conscious of, and unhappy about, our own misuse of this word, and felt that its use was quite widely spread across the team.

We came up with the idea of creating a 'guys' jar—like a swear jar—where people could put in a euro every time they used the word in the wrong context. For us at Hotjar, this meant to a mixed-gendered or women-only group; referring to all men as guys is still absolutely fine!

So, in an effort to build awareness within Hotjar, we started a 30-day “Guys: The New 4 Letter Word” challenge to help us move away from using 'guys' to address mixed-gender groups. Here is Diana posting the rules in our company Discourse page:

The challenge was a team initiative—lots of things we end up taking on here at Hotjar are spearheaded by individuals wanting to make a difference, rather than being company-led. Everyone was free to choose whether they would participate or not, and many team members did join the challenge.

Finding alternatives and policing our own language for a month wasn't easy, but the challenge worked out better than we'd planned. Most of us were able to massively curb our use of the word 'guys' at work and home—it turned out that both myself and Diana, who came up with the idea together, were among the worst offenders! Now we're much more aware of our use of gendered words. Plus, we were able to raise some money for a great cause along the way (more on this below).

Before I get into the details of how we ran our 'guys jar' challenge, though, I'd like to explain why the word 'guys' has become so contentious in the first place.

The trouble with 'guys' when referring to women

The English language doesn't offer many gender-inclusive alternatives, like the Spanish ustedes or the German ihr. With no good phrase for the plural of 'you,' the plural term 'guys' ended up evolving into the colloquial alternative to refer to a group of people, regardless of whether group members are male or female.

But many people quite fairly still see 'guys' as a gendered word—the dictionary defines the singular 'guy' simply as 'man.' Sherryl Kleinman, a former professor at the University of North Carolina, discusses in her 2002 essay Why Sexist Language Matters that gender-specific language like 'guys' can affect even children:

I worry about what people with the best of intentions are teaching our children. A colleague’s five-year-old daughter recently left her classroom crying after a teacher said, “What do you guys think?”. She thought the teacher didn’t care about what she thought. When the teacher told her that of course she was included, her tears stopped. But what was the lesson? She learned that her opinion as a girl mattered only when she’s a guy. She learned that men are the norm.

Even though most people who use the term don't do so with the intent of it being sexist or exclusive of women, it can and often does cause women to feel left out of the conversation. Imagine you used 'gals' to refer to a room full of men and women—do you think the men would respond?

The 'guys jar' challenge was our way of making a difference and increasing awareness of gender-neutral language. While only a small step, it brought us closer to making Hotjar a more inclusive company.

How the 'Guys Jar' challenge worked

The challenge was a version of a virtual 'swear jar.' For the entire month of July 2018, every time someone used the word 'guys' to refer to a mixed-gender group they would add another point to a shared spreadsheet. At the end of the month, everyone who participated would contribute one dollar (or one pound or euro) to the pot for each point they racked up. The person with the fewest offenses at the end of the month would take home the pot.

With the Hotjar team distributed across the globe, everyone was accountable for tracking their own language in their conversations both inside and outside of work. The challenge was very honesty-dependent—we all kept track of our own transgressions in our shared spreadsheet, and we relied on each other to keep an accurate count.

It was also very important to us that participation in the challenge was voluntary. Since this was a team initiative and not company-wide, and because we knew that not everyone at Hotjar felt the same way we did, we wanted to make sure people could choose not to participate.

It’s tough to break a habit such as the language you use, but we stuck with it. And with the challenge going strong, even people in the team who weren't tracking their progress started correcting themselves. Those in and out of the challenge had some fun with calling each other out—after some meetings, multiple Hotjarians had to add more than a few points to our tallies.

Inclusiveness isn’t easy: struggles we encountered with the challenge

Creating change is never easy. We weren't sure what to expect at the start of the month, but it soon became apparent that some of us used 'guys' a lot.

While the challenge was easier on some of our team members who spent most of their time working with groups of men, this could make it extra tough to break the habit outside of work!

Another struggle we encountered was finding gender-neutral terms to use instead of 'guys.' Any alternative had to feel natural enough to stick. Some of our team already had their own alternatives, along with new suggestions:

Playing a game like this with virtual teams was also a challenge. npm was the other example we found at the time, but their team had the advantage of being co-located. We had to come up with a kind of 'virtual' guys jar to collect everyone's contributions.

At the start of the challenge, we thought the winner would receive payment through PayPal; in the end, though, we followed the advice of one of our winners and donated the money to a charity of their choosing:

The winners chose Bloody Good Period, a charity that gives menstrual supplies to asylum seekers, refugees, and other people who can't afford them. It's a wonderful cause that we're proud to support. If only we hadn’t curbed our ‘guys’ use so well to rack up more points!

One step closer to becoming an inclusive company

Our 30-day 'guys jar' challenge was a success, creating lasting change in the gender-neutral language we use every day here at Hotjar.
After a month of being acutely aware each time I used the word 'guys' in the wrong context, catching myself (and finding alternate words to use) has become second nature. The ‘guys’ challenge has made me more aware of my gender-neutral language overall; to this day, I hear people at Hotjar correcting themselves, and I find myself correcting my own terms outside of work as well.

While some obstacles to workplace inclusivity might be outside our direct control, we can control one very powerful component: the language we use with each other, our customers, and our applicants. Here at Hotjar, inclusivity and respecting others are a big part of our core values, and building an awesome and inclusive team culture starts with what we say to one another.

Everyone can benefit from becoming more aware of how we refer to others; for us, saying 'people' instead of 'guys' brought us one step closer to becoming an inclusive company. Hopefully, our story will inspire you to create similar changes in your company.

PS: for full transparency, thanks to the team at Animalz and our editor Fio who interviewed me and helped me structure my argument and drafts. 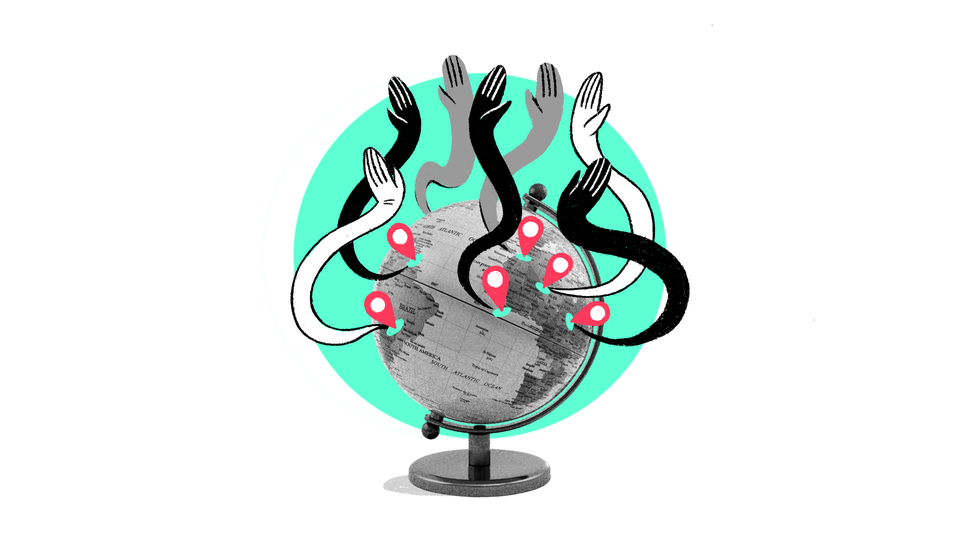 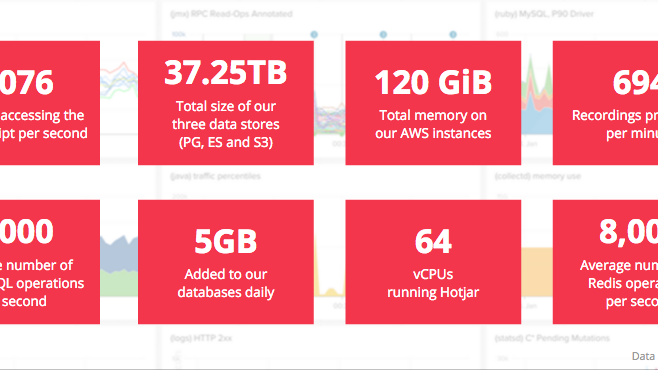 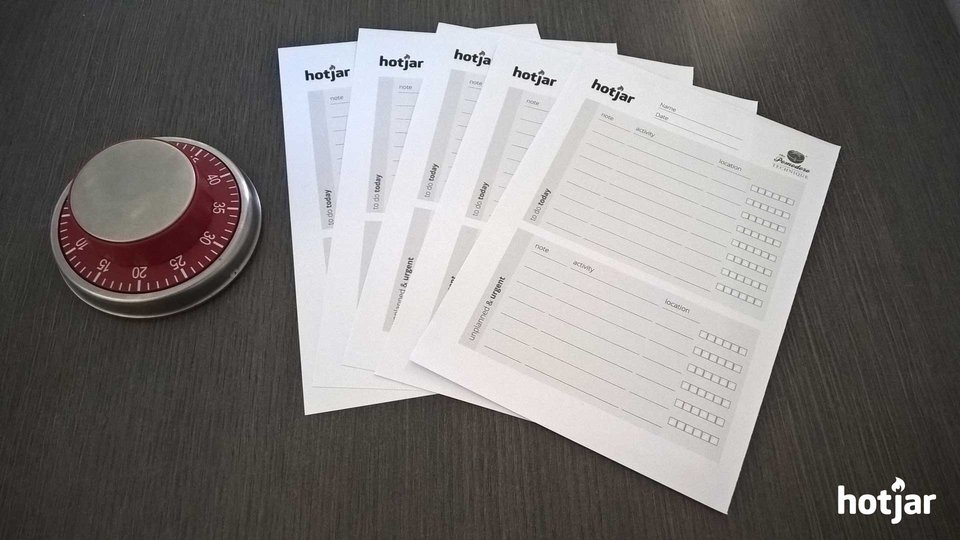