Back to blog
Marketing Behind the scenes

The Humans Strike Back: why it’s time to put people first - in tech, in marketing, in everything 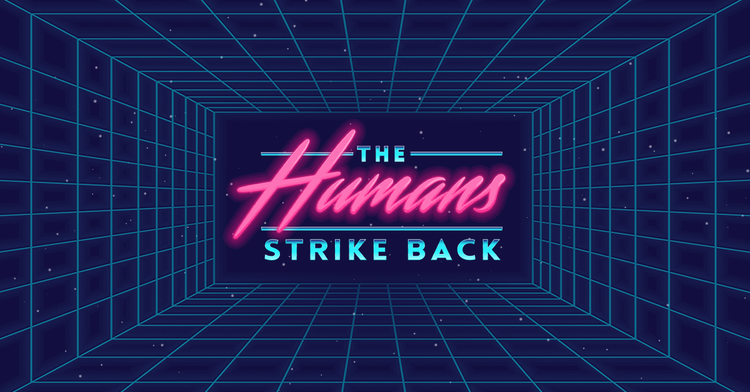 I was hired by Hotjar last year to lead content, which I thought meant the blog, but it didn’t.
Our CEO, David Darmanin, had a much wider scope in mind. It just took me a while to figure that out.

Once I did, the idea to launch a podcast began to evolve (the evolution of which we’ll cover in our next post, because it’s an interesting story of trial, error, and a picture of a light-saber wielding Rand Fishkin).

And now, we are launching 'The Humans Strike Back' as a podcast, and a website, and a community about helping each other succeed as individuals, as employees, and as business owners by putting people first.

What do we mean by ‘helping each other succeed by putting people first’, exactly?

This is, perhaps, an unusual stance for a tech company like Hotjar to undertake, to say the least. But to really explain what 'The Humans Strike Back' is and what we’re trying to do, we have to start with why: why is it more important now than ever to put people first?

Because technology’s influence is growing, exponentially...

"A decade ago, smartphones (as we know them by today’s standards) didn’t exist.
Three decades earlier, no one even owned a computer.”

If you feel like technology is progressing faster than ever, and reaching further into our homes, cars, ears, and wallets with increasing speed, you’re right.

The rate at which these significant leaps in advancement are influencing our daily lives is unprecedented. It’s a coup for mankind’s ingenuity, but it doesn’t allow us, as human beings, much time to catch up and examine the impact technology is having on us.

And there have been negative side effects:

Despite the mounting evidence that asks us to carefully consider our usage of and relationships with technology, some of the people creating it are designing their technology to be more addictive, more difficult to put down, and practically impossible not to use.

Hooked author Nir Eyal cites recent criticism of Snapchat’s use of streaks (the number of consecutive days friends have shared photos) for conditioning teens to compulsively come back to the app. But, as he points out, using ‘streaks’ isn’t inherently harmful: language apps like Duolingo, and fitness apps like MyFitnessPal, use streaks to encourage users to stick with the programs and reach their goals.

"How can we know what users do and do not want?
I humbly propose the 'regret test.'

If we’re unsure of using an ethically questionable tactic, 'If people knew everything the product designer knows, would they still execute the intended behavior? Are they likely to regret doing this?'" - Nir Eyal,Want to design user behaviour? Pass the ‘Regret Test' first

Now, we are a tech company. Clearly we are not against technology or progress. At Hotjar, we communicate with our remote coworkers via chat tool. I can interview people all over the world through my screen. You can use that same screen to work from anywhere, order dinner, find a soulmate.

But it’s also overwhelming, and complicated. And the key, we believe, is to make sure we’re designing technology to, first and foremost, benefit humans.

Not just for profit, and not to squeeze as much money as possible from people.

Because too many businesses focus on short-term profits instead of long-term growth...

"At the end of the day, I have an obligation to my investors and employees, and I’ll do anything I can, short of breaking the law, to get people using my product.”

Our next big ‘Whys’ are close to my heart, and I’ve spoken about them at several conferences:

It’s not just altruistic to think in terms of what will give your customers (and employees) the best chance at success and happiness—it’s good business.

We’ve seen that meeting customers’ needs, making tasks easier for them, and ensuring they enjoy the interactions directly relates to higher growth and success, and that companies with a purpose beyond profit make more money.

Jim Collins and Jerry Porras’ Built to Last (1994) found that companies guided by a purpose beyond financial gain returned 6x more to shareholders than profit-driven companies, according to data collected between 1926 and 1990.

More recently, research led by a team from McKinsey Global Institute in cooperation with FCLT Global found that “companies that operate with a true long-term mindset have consistently outperformed their industry peers since 2001 across almost every financial measure that matters.”

So why aren’t we all reaching for that higher purpose?

Probably because we’re bogged down in metrics.

"What happens in most organizations that have no overriding purpose other than profit? In a subtle alchemical shift, the metrics fill the vacuum, muscling out any wider purpose with the imperative of hitting the numbers." - Simon Caulkin

At Hotjar, we believe that when you’re focused on profit in the short term, even good people end up taking actions that are detrimental to themselves, the environment, their employees—and lead to significant harm.

It’s what we see happening all too often.

And on the employees’ side, it kills creativity, encourages toxic workplaces, and takes away from people being able to flourish in their jobs because they don’t have a sense of meaning and purpose to what they’re doing.

A 2017 Forbes article on employee engagement by Dan Pontefract supports this idea:

"If the organization only stands for profit, power or bureaucracy there is a very good chance employees fall into the job mindset, working solely for the paycheck and likely (or eventually) becoming disaffected."

Purpose inspires people. Inspired people do better work, are happier doing that work, and are happier outside of work as well.

And when you realize that, running a business with a higher purpose becomes both the right and the logical thing to do.

Incidentally, this ideology is baked into Hotjar’s very foundations.

David Darmanin came from working in tech environments that were profit-driven and short-sighted. That experience is one of the reasons he founded Hotjar in the first place, to be the antithesis of the ‘profit-first’ mentality and to put people first instead. We believe it’s how we managed to grow from €0 to €10M in just about 3 years without external funding (see The Hotjar Story Part 1 and Part 2).

...and because it’s time to redefine success

For a long time, the model of success has been: work hard, make money, and then you’ll be happy. But happiness doesn’t work like that.

A Harvard study that tracked the health of 268 students for a span of 80 years—one of the world’s longest studies of adult life—revealed that the key to happiness and long life wasn’t wealth or even health, but relationships:

"close relationships, more than money or fame. . . protect people from life’s discontents, help to delay mental and physical decline, and are better predictors of long and happy lives than social class, IQ, or even genes." - The Harvard Gazette

It’s this broader idea—that humans require having a sense of purpose, developing meaningful relationships, and being happy in career and life to be successful—that has altered the fabric of what we’re doing with The Humans Strike Back the most.

For us, it was important not to just talk about tech and interview tech leaders, but to take a more holistic perspective that includes empathy, wellness, mindfulness, and what it means to be human in this digital age.

Because we want to put a stop to the pervasive notions that employees are cogs in a machine, that customers are the sum of their jobs-to-be-done, that people are grist for the mill.

When that changes, that’s when you’ll see quality of life improve across the board and burnout decrease.

That whole-person perspective is what we have at Hotjar, and we know we’re lucky. It makes a world of difference to work in the type of environment that makes humans, with all of their multiple facets, the priority.

No, we do not believe that you should just put people first and forget about making money altogether. We don’t think it should be, or has to be, one or the other. In fact, we think that making money by putting people first is what makes it sustainable.

What to do next?

If you want to learn more about 'The Humans Strike Back' by Hotjar, there are two places you can go:

Until then, take care, and be human.

Full transparency: idea, structure, data, and recording for this post were provided by the author (Louis Grenier) while the piece was written by our copywriter Lauren.

5 things that may ruin your customer satisfaction surveys 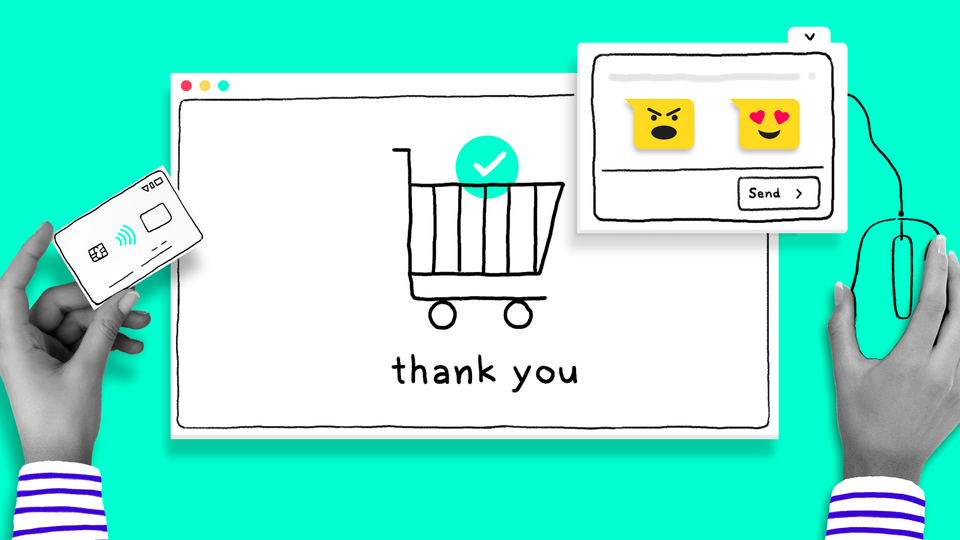