Back to blog
Marketing 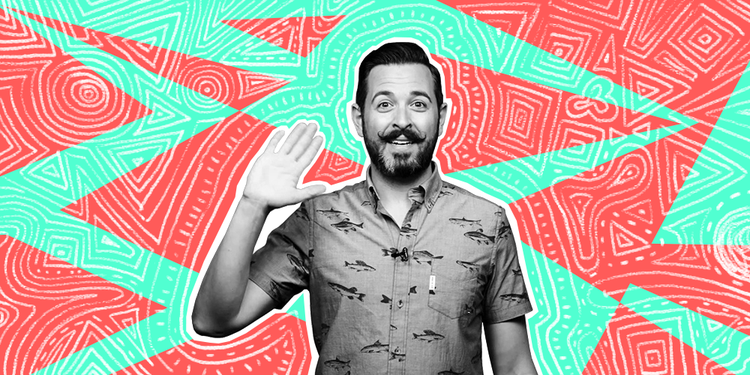 Rand Fishkin found success by transforming his mother’s small business marketing firm into a $45M+ marketing software company. Over the course of 11 years, he helped to design and launch a multitude of software products and made his fair share of mistakes.

Lucky for you, Rand is an open book.

Here are four lessons he learned building a $45M software company, based on a conversation we had with Rand Fishkin on Hotjar’s podcast 'The Humans Strike Back'.

First, a bit of context.

Back in 2004, Rand created the SEOmoz blog (a blog about Search Engine Optimization or SEO) and committed to writing 5 nights a week over the next 5 years. His efforts led to the creation of one of the most popular online communities for search marketers.

Three years later, in 2007, he became the CEO of SEOmoz, the software company that he co-founded with his mom. Over the course of the next 7 years, Rand helped Moz grow from 7 employees to 134 and grew its revenue from $800,000 to $40+ million a year.

In 2014, Rand stepped aside from his role as CEO due to depression and became an individual contributor.

In 2018, Rand left Moz and founded SparkToro (an under-development software company focused on audience and influencer intelligence) and published Lost and Founder: A Painfully Honest Field Guide to the Startup World.

Right, back to the lessons:

Lesson #1: nothing can replace talking directly to your users

You probably know that talking to your users is super important, but how do you do that in practice? And how do you find the time to do it?

Rand speaks and attends conferences regularly which makes it easy for him to catch up with people at lunch, during a coffee break, or when he gets off stage.

During such events, he would sit next to an SEO practitioner and ask:

"Can you tell me how you do keyword research? Can you show me one of the spreadsheets you’re using? Can you walk me through that process?"

His curiosity would lead him to understand how one of his ideal customers (in this case, an SEO professional) performs core tasks required for their job (in this case, doing keyword research), and which tools and processes they currently use.

It would also lead him to spot critical issues in Moz’s product. More on that in the next section.

Truth is, Rand is almost a celebrity in the marketing world, which makes it easy for him to chat with almost anyone he wants.

How do you go about talking to potential users or customers when you’re a ‘nobody’?

It isn’t as difficult as you think.

Earlier in his career, Rand also used conferences and local events to talk to his ideal customers, but in a more indirect way. He would browse the list of attendees of a particular conference he was planning to attend, identify people he knew would be ideal customers for his product, and reach out to them via email or Twitter:

"Hey, I'm going to be at the same conference that you're going to be at. Do you think I could buy you coffee and ask you about this particular subject or work through this with you?"

Some people would say yes, others would say no, some would never respond, but some of them would say, "Sure, let's do this."

This would be his opportunity to talk directly to his ideal customers, learn from them, spot issues, and gain the empathy needed to make product improvements.

Let me give you another example:

In 2017, we, the entire Hotjar marketing team, wanted to understand our customers better - especially how they found out about us in the first place. We were all traveling to attend SaaStock in Dublin, Ireland - the biggest Software-as-a-Service conference in Europe - so we decided to kill two birds with one stone and meet some of our customers based in The Fair City.

This led to more than 10 face-to-face meetups and many, many more insights.

There's something powerful about talking directly to users and customers and watching them use your product next to you.

One of the issues that Rand Fishkin uncovered by meeting users at conferences was linked to a single word within the Moz software.

Moz is a tool for people who are trying to get their websites ranked higher in Google’s search engine - this practice is also called Search Engine Optimization (SEO).

One of the core function of SEO is keyword research. Its purpose is to figure out what words and phrases (also called keywords) people are searching for in Google and which keywords are interesting to your business so you can be found online easily.

Until recently, Moz used three metrics to help their users better understand which keywords to rank for:

Many users were confused by the third metric, which is something that Rand spotted during his face-to-face conversations with users at various conferences.

Although “opportunity” represented a percentage, there was no percent sign next to it in the product interface.

More importantly, users felt the word was too vague. It just wasn’t a term that SEO professionals would use to describe that particular metric.

Instead of “opportunity”, SEO specialists would use and be more familiar with the term “organic click-through-rate (CTR).”

Certain that a simple word swap from the former to the latter would prevent users from being confused, Rand fought in a rather unconventional way to make it happen and succeeded (more on that in the next lesson).

This tiny change resulted in a drop in the number of complaints related to this particular metric and in a 30% bump of users using the keyword research feature.

Lesson #3: an inflexible product development process can cause mayhem

Let’s go back to how Rand changed that one confusing word in Moz’s product interface.

Rand tried to follow the process but his request wasn't prioritized. He brought it up a number of times over the course of another six months with no luck: more important features needed to be developed first.

So Rand decided to go directly to one of his friends and Moz developer Kenny to accelerate the process.

He asked Kenny: "Can you push this to production? You don't need to tell anyone, just push it out."

At the time, Kenny just put his two-week notice at Moz.

Kenny obliged: "Yeah, I can do that. What are they going to do? I'm already quitting. They can't fire me anyway."

And so the change was made. “Opportunity” was changed to “Organic CTR (%)”.

Rand forced his way through the process and as a result enraged product managers, product designers, engineers, marketers… Pretty much everyone involved in the product development process.

Was Rand right to fight this hard for a quick win that would clearly make users happy? Was the product development process too rigid, too cumbersome? Or should he have followed it like everyone else?

A few of our podcast listeners shared their thoughts with us - brought to you with no filter.

"It's super frustrating when people jump in with requests directly to the engineers. You don't know what's getting done, who's doing something they weren't really asked to do, and what planned features get pushed back because of it. Besides, we're talking about people with their egos and emotions - if someone constantly goes around the people assigned to manage the product it can make them feel like their authority is being undermined. It's not good for the morale."

“He should not be the one forcing his ideas into production past the broken development process. His job should be to fix the damn process! Or even better: help people fix the process because they will know what's broken. He doesn't - because he is too far away from it.”

“If everyone starts shooting ad hoc requests to the dev team, there will be chaos. On the other hand, if a simple usability fix needs to "wait in the prioritization line" for months and go through a bunch of endless meetings to get approved, then that is even a bigger problem. There needs to be a well-defined yet flexible process of shipping as fast as possible while staying true to the target and more importantly, the user.”

Here's Rand's perspective on the matter: your product development process must be well defined to prioritize the right features in line with your vision, yet flexible enough to ship quick wins as fast as possible to keep your users happy.

There’s an ongoing debate about whether you should, as a business, focus on making money or helping people first.

For Rand, the answer is crystal clear:

“The wonderful thing about building a product for customers is that money is directly tied to helping people. The more that your product, your brand, your team helps people, the more loyal they're likely to be to your product.”

This is a powerful statement to make for a successful entrepreneur who turned an SEO agency into a $40M+ successful software company.

“This means their lifetime value goes up, which means each customer you acquire is more valuable, which means that you have —in the words of finance professionals— a higher LTV to CAC ratio (lifetime value divided by cost of acquisition), which means you have a more successful, more financially viable business that can make more money.”

It’s even backed up with research:

Jim Collins and Jerry Porras, the authors of the book Built to Last, found that companies guided by a purpose beyond financial gain return six times more to shareholders than profit-driven companies, according to data collected in between 1926 and 1990.

It’s even more valid in a subscription business.

According to Rand, in such business, you're not trying to convince people to buy from you and go away forever. Instead, you want to make sure that you have an ongoing relationship with your customers so you trust each other. 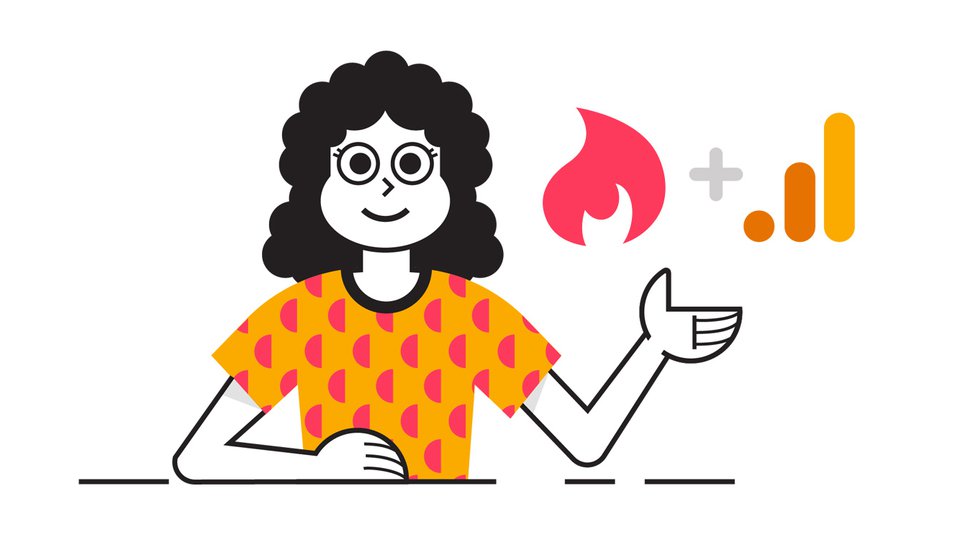 Hotjar vs Google Analytics: it’s not an either/or (and why you should use both) 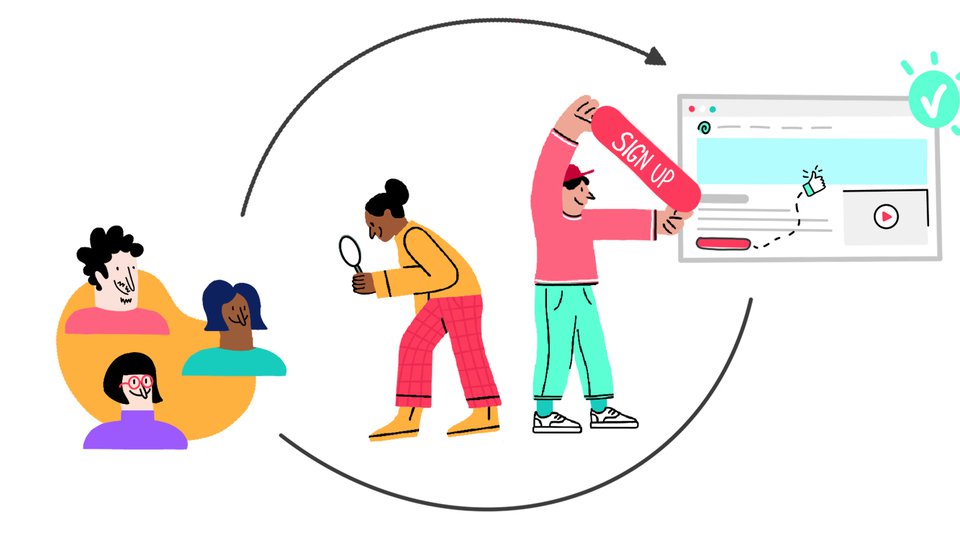 What is website conversion? (And why it’s all about your users) 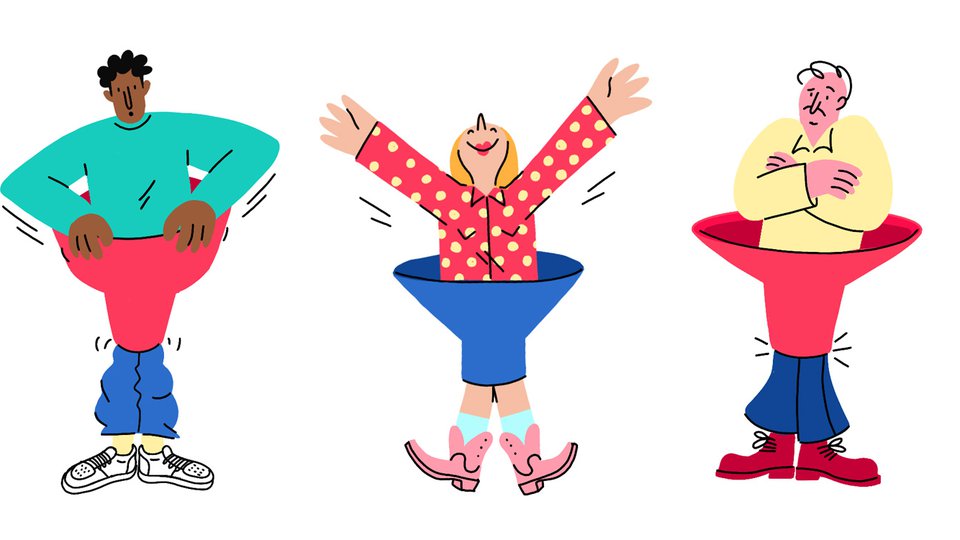 How to optimize your marketing funnel for the customer journey